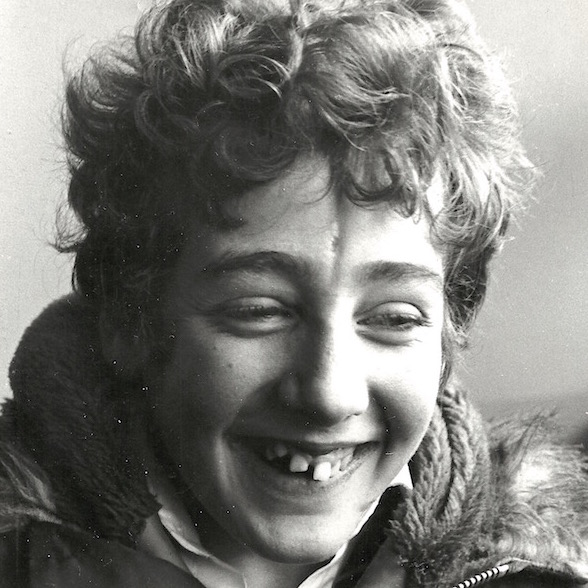 Look upon this merry urchin, gifted with teeth that could chew an apple through a letterbox. Look on and weep, both you poor unfortunate dregs who never knew him and you lucky monkeys whose lives were enchanted and enriched by this vast-hearted homie of utmost bon, for he has gone, his Falstaffian tight embrace of life has finally fallen loose and his asthma-spittled laughter fits roll fading, fading down misty Memory Lane.

This photograph was taken in 1978 when he and I were cast as quarrelling cantankers in the Vyne School production of the Don Taylor play The Roses Of Eyam. Acting was what initially united us – we first encountered each other at a modern-dress nativity play at South View Junior School (the school song was brief: “South! View! Junior School! HOORAYYYYY!!!!”) – and we soon found we shared interests in other creative outlets. We had a similar style of drawing – caricatures à la Ronald Searle and Ralph Steadman – and would collaborate on large drawings both in and out of the school Art room. We loved scribbling short stories, comedy sketches, poems, song words. He had a passion for horror films, creep crawlies, fangs and phantasms, gore galore, the sicker the better, and this spilled like buckets of blood into his writing, drawing and acting. A fine example was his car-crash ballad Who’s Going To Love Her? which we recorded in my bedroom in November 1978 with a two-string guitar, a few saucepans and a ticking clock (with which to summon up the absolute, tooth-rattling terror of time – and life – running out). His song was so powerful, so blackly comic, that I re-recorded it (retitled Julie) under the guise of The Mephisto 6 in 2016.

In addition to being my Drama partner, both in school class and at festivals, Pagie was my first musical collaborator – we couldn’t play instruments or sing in the accepted sense; it was all about the ideas and the jollies to be had. When we discovered that the Art department had a silent Bolex cine-camera, we became a film directing team, too. Among our various no-budget productions was a 1979 video for the Godley & Creme song Art School Canteen starring a History teacher, Mr. Carroll, whose beard made him a ringer for Kevin Godley. The 8mm film was silent, therefore the film projector – this is before videotape became available and affordable – had to be switched on at precisely the second that the needle on the record-player arm reached the start of the song.

At what is now called Basingstoke College of Technology, Pagie and I continued our Drama studies and we also played our debut live gig as The Undie Takers (a deliberately unpolished mix of amateurish punkerama thrasheroo with pre-recorded tapes of screams, howls and discordant racket). Outside of college hours he and I made further recordings with the more musically adept Doug Murphy and Si Beex until September 1983 when I left Basingstoke to live out the Art School Canteen dream in Portsmouth.

Pagie put aside many of our childish pursuits and got on with living. He married Lisa and was an excellent husband. They had two children, Ebony and Troy, and he was an excellent dad. He became a Drama teacher – the one childhood pash he could never let go – and was excellent at that, too. And he remained an excellent friend down the years, never without an open hand, an open mind and an open heart. With he and I rarely being geographically close, we – with Si Beex – cultivated over the years the myth of Pagie as an international buccaneer, a modern-day pirate operating under the pseudonym Harry Flames who, with his Flames Foundation, foreswore to liberate the entire planet of its cash. His other aliases in his millions-amassing mission included Bazerko de Range, Seedric Straindge, Eggnog Beige, Throttler McChaynnz, Massacres LeCage, X-Flaynium Draindge, Shadrack Bahrein, X. “Box!” Mange, Sheldrake Grange, Gargantuan Strayyyyynz, Spandecks Age, Zanzibar N. Caged, Ectoplasms O’Rage, Tills O’Change and more. It was as Sir Harry Flames (“philanthropist and pornographer”) that he appeared in the Bisonics documentary Drink In The Days, Smoke Out The Nights, delivering an inspired masterclass of improvised comic brilliance (as he himself pointed out). He also gave the D.M.P.H. album BIG BUN its title. Clever fella.

He was with me before the beginning. Together we lit the fuse that set our imaginative fireworks soaring. But more than all that, he stuck by me. He encouraged my crackpottery, indulged my dullness, navigated my flights of fancy, ridiculed my seriousness, wafted away my flatulence, conspired in my comedy, suffered my selfishness, decorated my ugliness, scared off my demons, wiped away my tears, provoked my laughter. We loved to laugh. Telephone calls that began with workaday woes and common complaints always ended in lung-buggered, face-aching hilarity.

And now he is gone and that part of me that flourished only with him is gone, too. I am a lesser man without him but I’m the better man for having known and loved him. 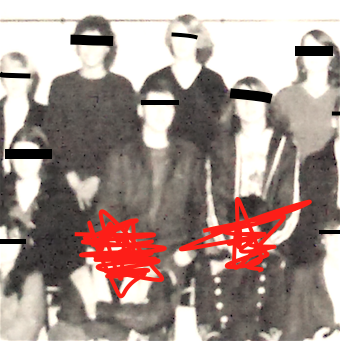 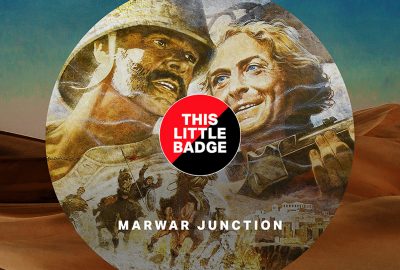