Consult any rock’n’runes reader worth their weight in plectrums and you will be grasped by bony puny hands adorned with the faded glitter nail-polish of yesterbeer and a sulphate worse than death and wheezily informed that August 2020 is the 34th and one-sixth anniversary of Horrible Head’s booking at The Swan pub in the quiet-torn streets of Kingston-upon-Thames. The cassette soundboard recording of that performance which altered everything and everyone everywhere forever has been digitised for your amazement on Bandcamp. The recording is not a true reflection of what came roaring out of the amps and speakers, and witnesses are even now convalescing in the Carshalton Beeches Home For The Terminally Bewildered, too shocked to give an accurate account of What Went Down.

To supplement this ancient recording – where the Heads once and for all put the “ARGH!” into archive – we have added eight live-in-the-studio killer kutz laid down at the Crystal Rooms in Fratton (is it still there? Are we still here?) on the 28th of November 1985, plus two ramshackle renditions of songs performed at the Portsmouth Polytechnic All Day Jam on Wednesday 5th of March, 1986. Despite the shodmanship of the recording quality, one can still detect a group choking on the air of mass indifference and drowning in waves of hate. Paul Hamilton’s diary acclaimed it thusly: “OUR WORST GIG YET! […] We were fucked by shit PA + monitors + stoned soundman hippy tosser + duff drum kit. Bastards.” Poetry!

Clamber aboard the Oblivion Express and hurtle back to a time when live music wasn’t dictated by click-tracks, Autotune and all that anti-spontaneity pokery of jiggery. 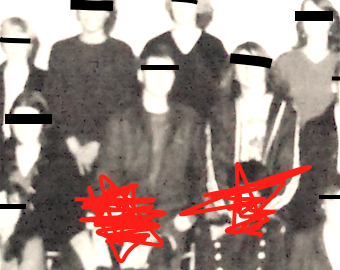